Sculptures printed in clay and sintered in high temperature

This article delves into the theme epitomised by the Walter Benjamin’s essay The Work of Art in the Age of Mechanical Reproduction. The twentieth century has been par excellence the century of bi-dimensional reproduction. The printing technologies have reached such an advanced level of perfection, which reminds me of the Riace Warriors. This liaison is not accidental, since our civilization directly descends from the same mindset of those who created the copies of these amazing bronzes. Ancient Greek culture used to embody the divine perfection in a physical form of rare beauty and harmony of anatomical proportions. From here originated the principle of observation as principal instrument towards a deep knowledge of the universe, which is typical of our civilization. 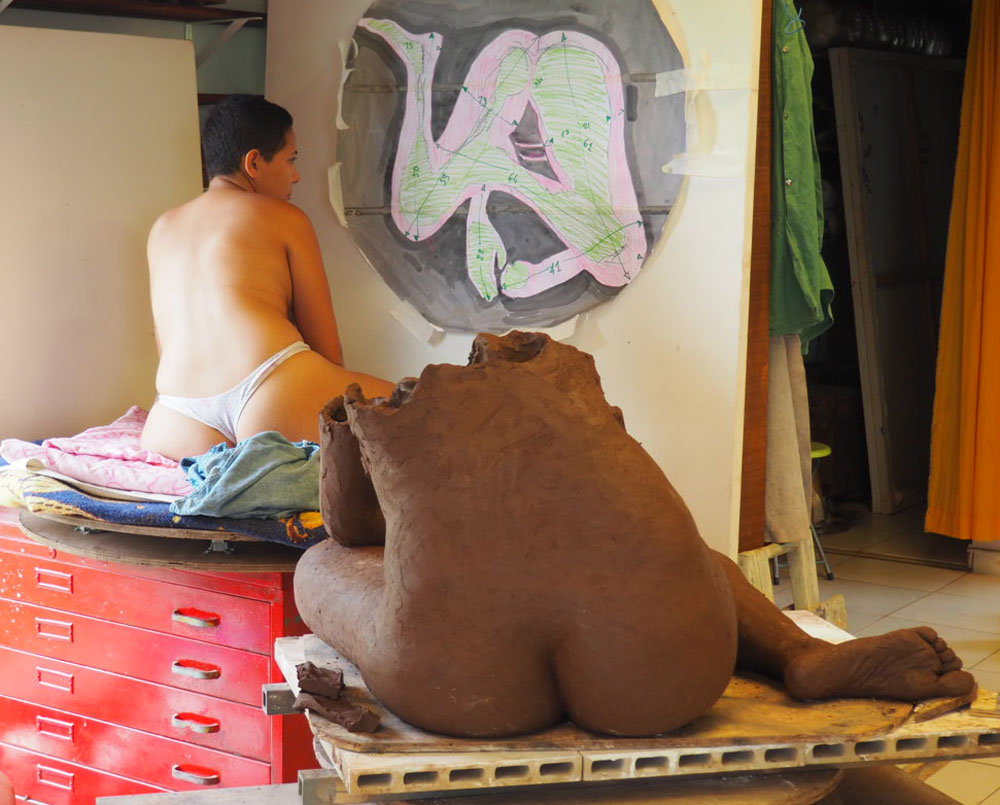 The imitation is a production activity based on a pre-existing model, which the human beings strive to re-produce. The mimesis is meant as a useful agere, which echoes the behaviour of nature itself. The modern scientifical research mainly stems from this principle and mindset. Its long evolution has experienced a hyperbolic acceleration in these last decades and produced our hyper technological civilization with its outreach of infinite specializations. Some other cultures could have walked the same path, but, as Claude Strauss stated, each culture developed its own exquisite uniqueness on the basis of their natural environment, religious beliefs and self-preservation needs. Therefore none of them is inferior to western culture, although many people still insist on thinking this way. 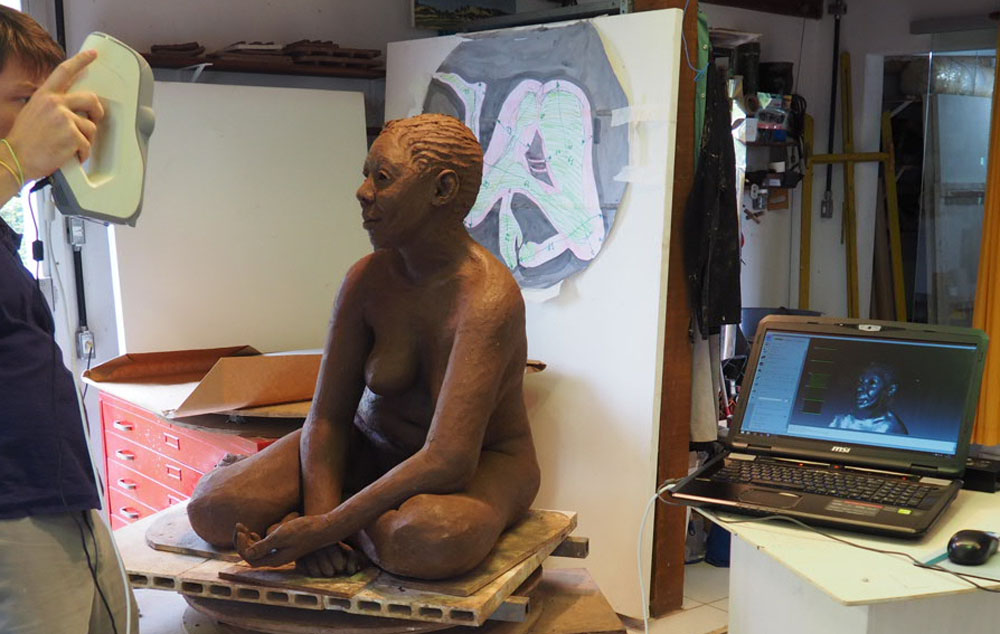 In 1976, after finishing my studies as graphic designer in Switzerland, I received my continuing education in wood and copper engraving. I specialized in observation drawing and painting in the Milan Brera Accademy. At the very dawn of the 21st Century, midway along the journey of my life, I moved to Brazil, where I started modelling clay. Since the very beginning my experiments went hand in hand with my researches about the updates on the cutting-edge 3D technologies found on the internet. But it wasn’t until 2017 that I got my first sculptures 3D scanned. I’m thankful to Giuseppe Olmetti, the Secretary of Associazione Italiana delle Città della Ceramica, AICC, for introducing me to Massimo Moretti, the founder of the Wasp Company in Massa Lombarda, where I carried out my basic research. The ceramic mixture has been supplied by Fabio Poli, the owner of the Company Cibas in Nove. As far as I know, it was the first time ever that a real-life figurative sculpture in 1:1 format got printed in clay. It was a big success. Mechatronics is constantly evolving and in a short period the makers will further enhance the equipments. 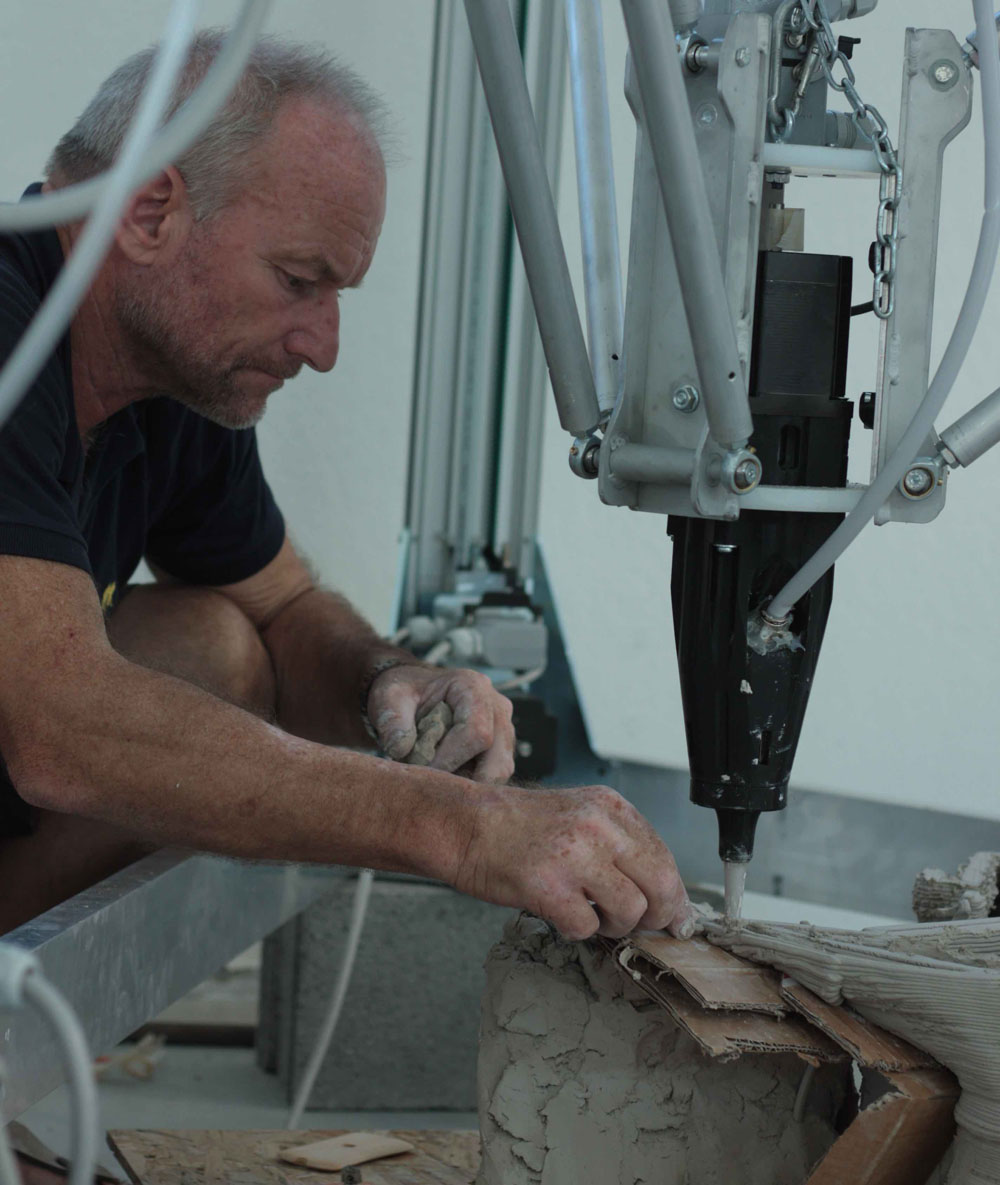 The first question which comes to mind is: “is it still about works of art”? I answer: “of course”! In fact, the final touch, the “vital breath” is imprinted by the artist’s hand, who is the last to intervene on the sculpture. The 3D printer replaces the apprentice boys of the classic Bottega of the medieval and Renaissance guilds. The dynamics of contemporary art have made tabula rasa with the knowledge and the manual skills of classical languages. As a logical consequence of this, we use industrial equipment. Our century belongs to 3D printing and I believe that soon all of us will have our own 3D printer at home. It will be up to us to decide what, when and how we are going to print. We will choose among infinite shapes, colours, structures, textures and final destinations. The market aims towards a huge transformation, since everything will be individualized. It is not easy to imagine our future:
panta rei, as per the aphorism attributed to Heraclitus. 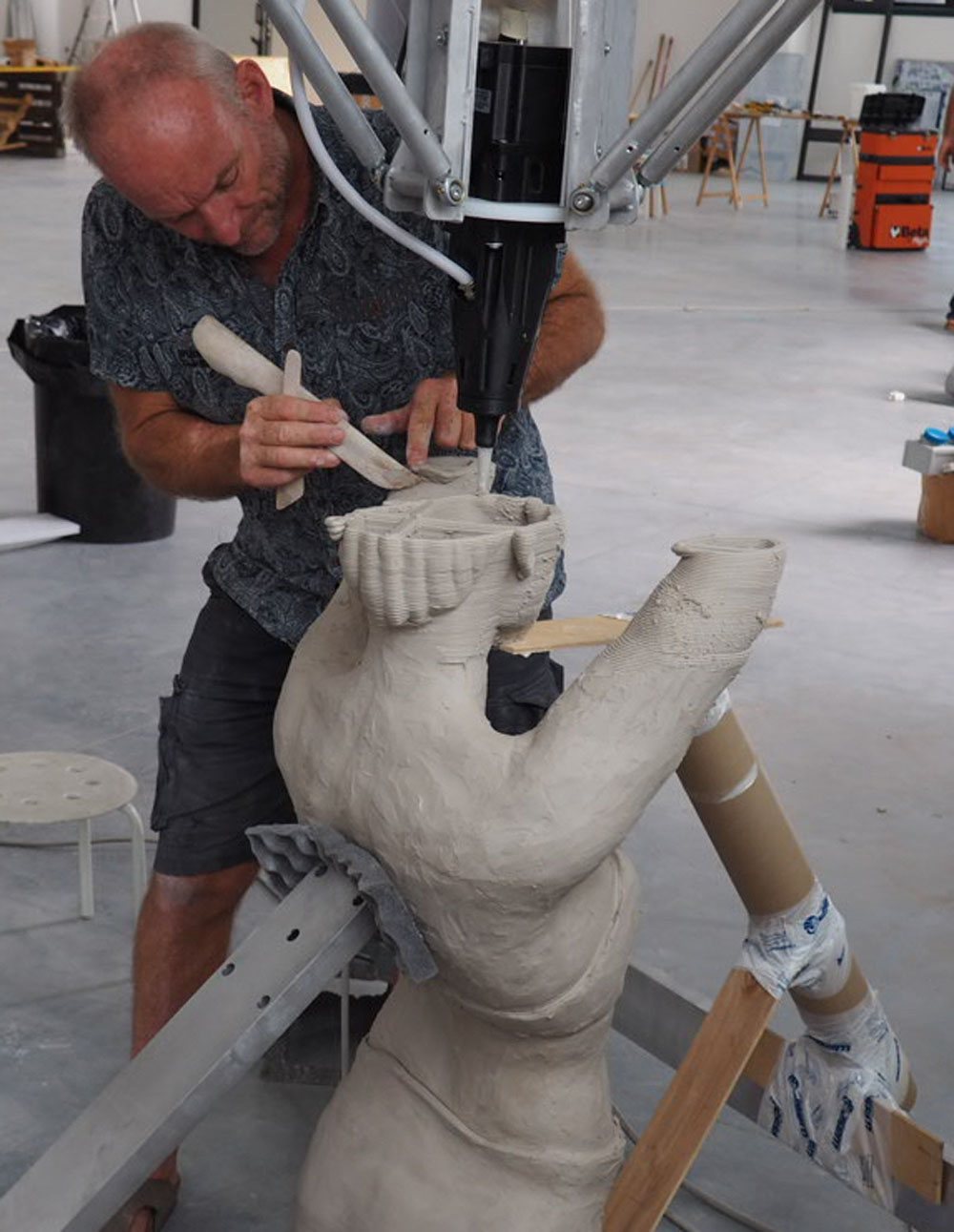 Under these circumstances, my goal is to be able to print art editions of sculptures, numbered and signed. 3D printing in clay is only the first step of the process; the second step, absolutely crucial, is the firing of the work of art. I built myself a large oven, a real achievement of the téchne!
The main thing is to sinter the artefact; through the high temperatures the clay pellets get moulded, the sculpture becomes stoneware: it is a techno-science as well as an alchemy, which produce very hard and impermeable rocks from powders, water, air and fire.

The 3D clay print and the metamorphosis of the clays leads to a blend; it’s like killing two birds with one shot: it is the dawn of a new paradigm! 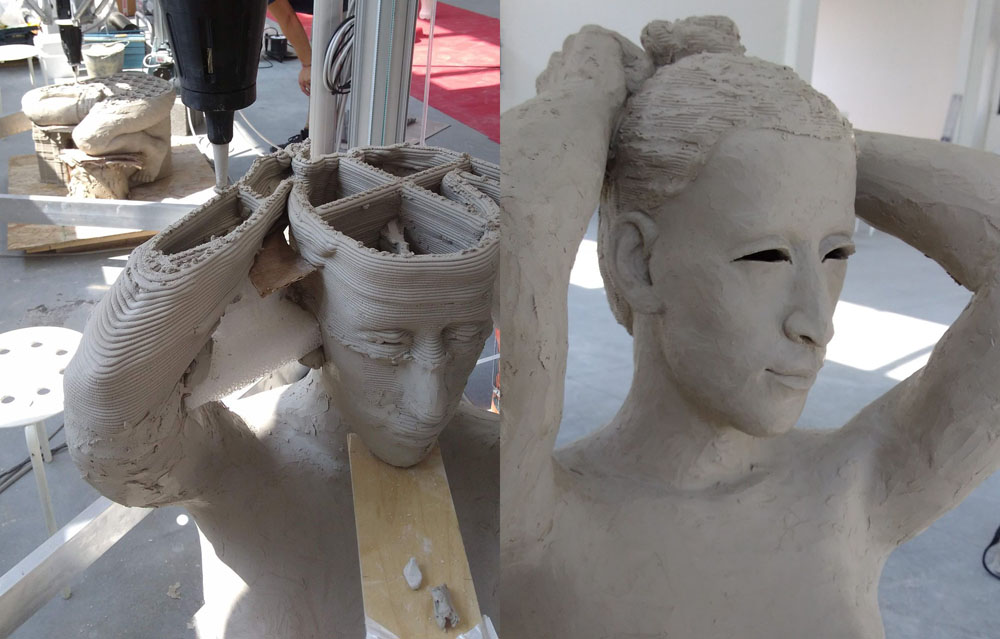