Co-de-iT cluster focuses on computational design, digital fabrication, robotic automation and material research, for the development of applications in the fields of Architecture, Design and Art. 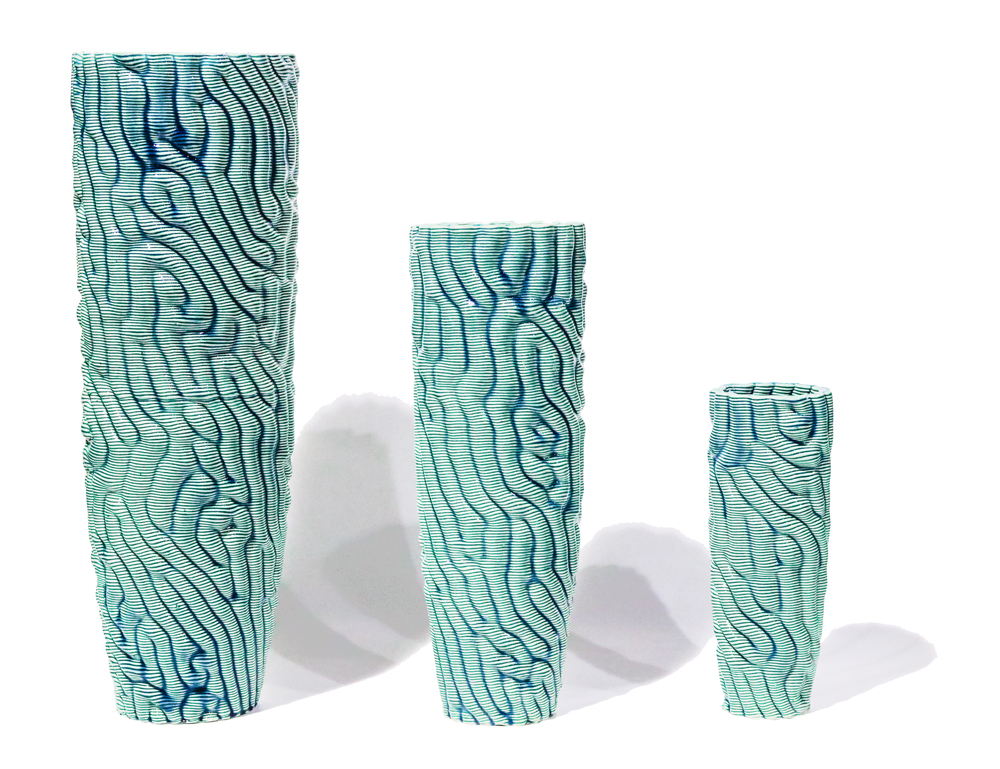 Co-de-iT is presenting a selection of robotically 3d printed clay bodies, designed and produced inside the digifabTURINg initiative. 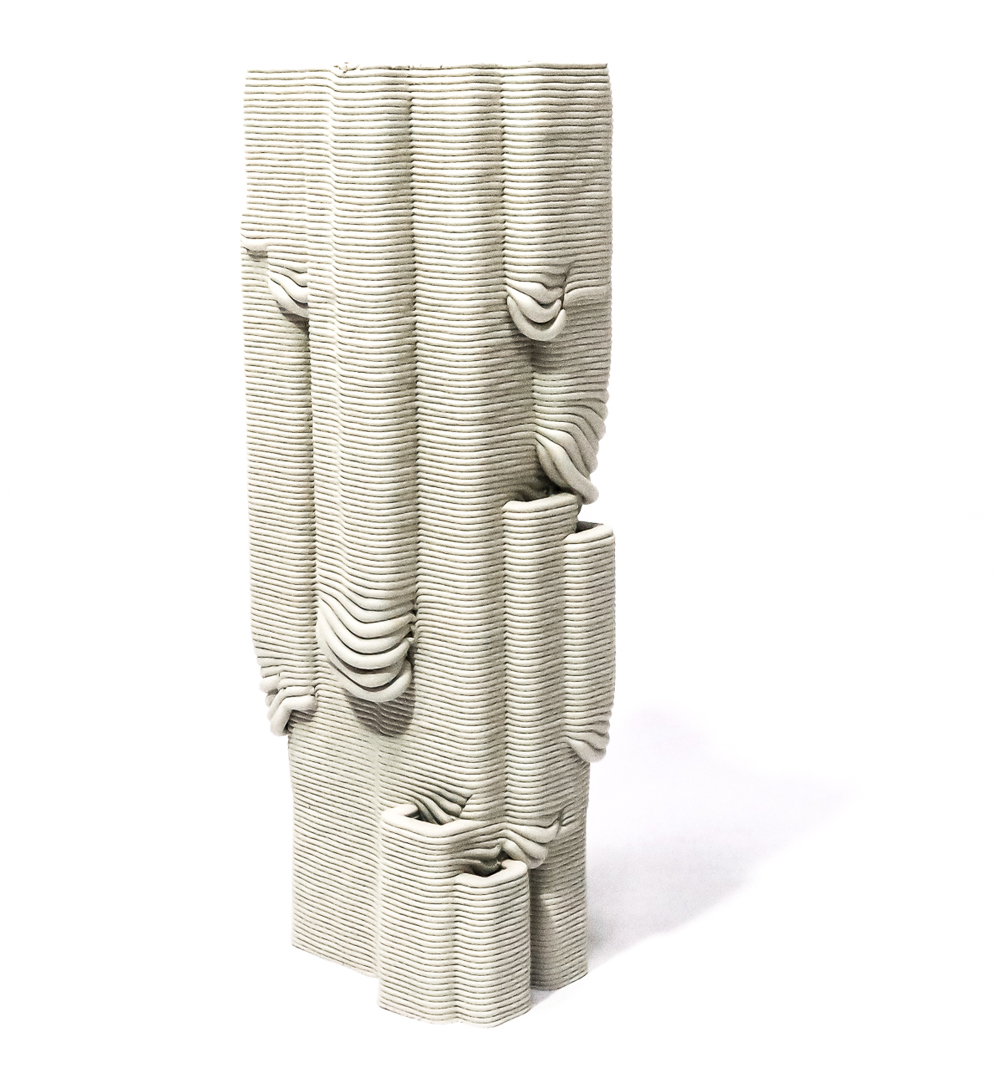 The pieces represent instantiations of the inFORMed Matter research, a project oriented to the exploration of additive fabrication processes aiming to inform through the morphogenetic properties and capacities of matter. This is achieved by embedding further information structures during the fabrication process itself by means of mechanical and biological constructor agents. 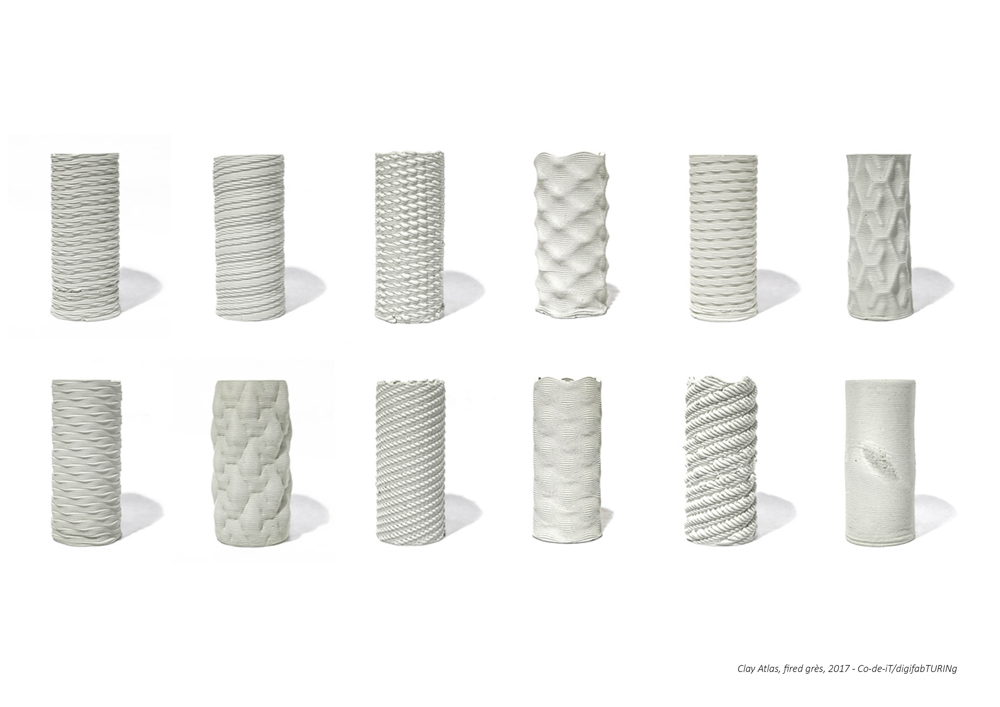 Its goal is to go beyond the current state of prototyping, according to which the physical prototype should be as close as possible to a clone of its digital counterpart, thus making fabrication a purely replicational phase. Instead, by coding and embedding additional levels of information aimed at mapping and defining material features and behaviors from which physical and aesthetic properties arise, the production and digital fabrication phase becomes an integral part of the design process. 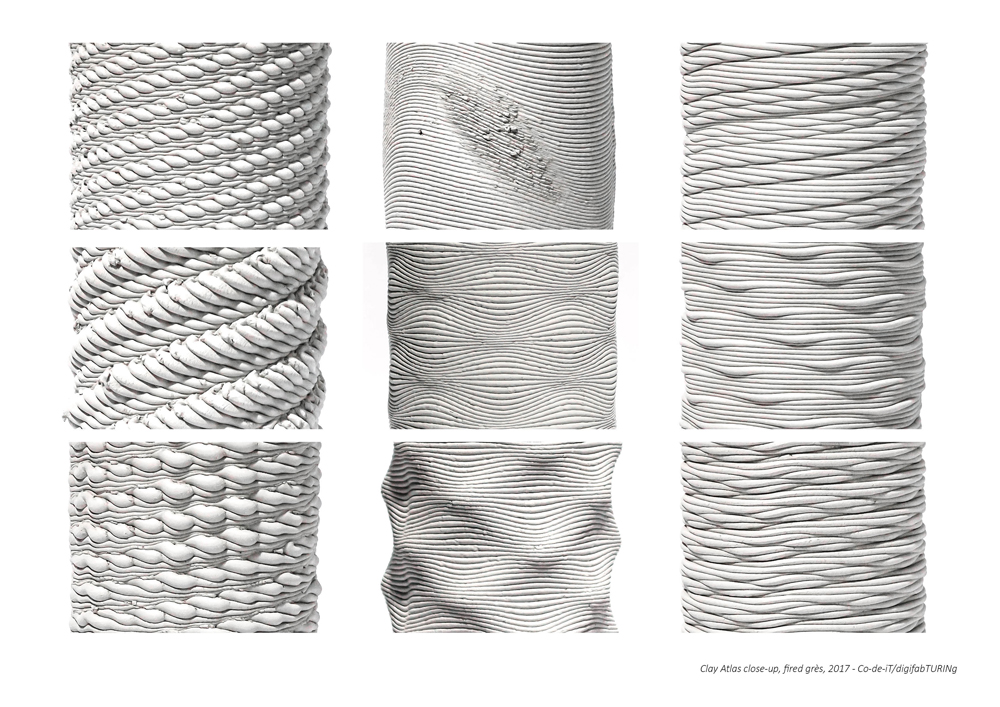 By exploring the code-matter-machine interaction process, users can leverage the potential emergent behaviors of the system as well as learn and exert a new sensibility towards the computational design and fabrication process by tapping into the self-organization properties of matter as a key factor in determining characteristics of the output shape. 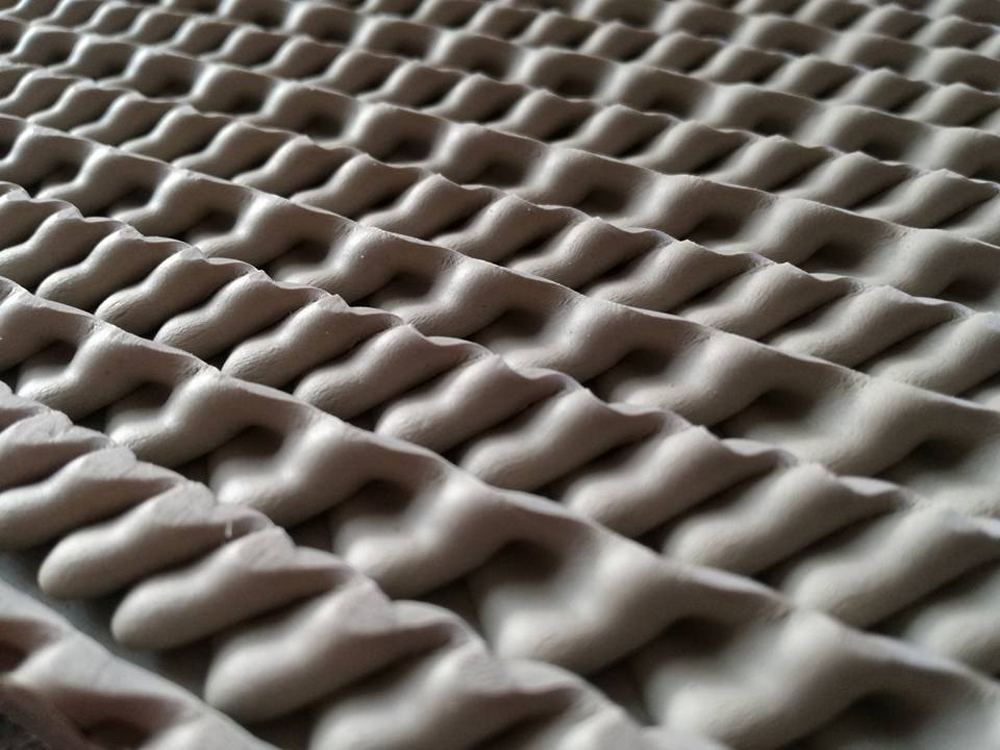 The presented pieces represent tangible instantiations of the inFORMed Clay Matter research project, started by Co-de-iT in 2015 and developed within the digifabTURINg initiative in 2016 and 2017. 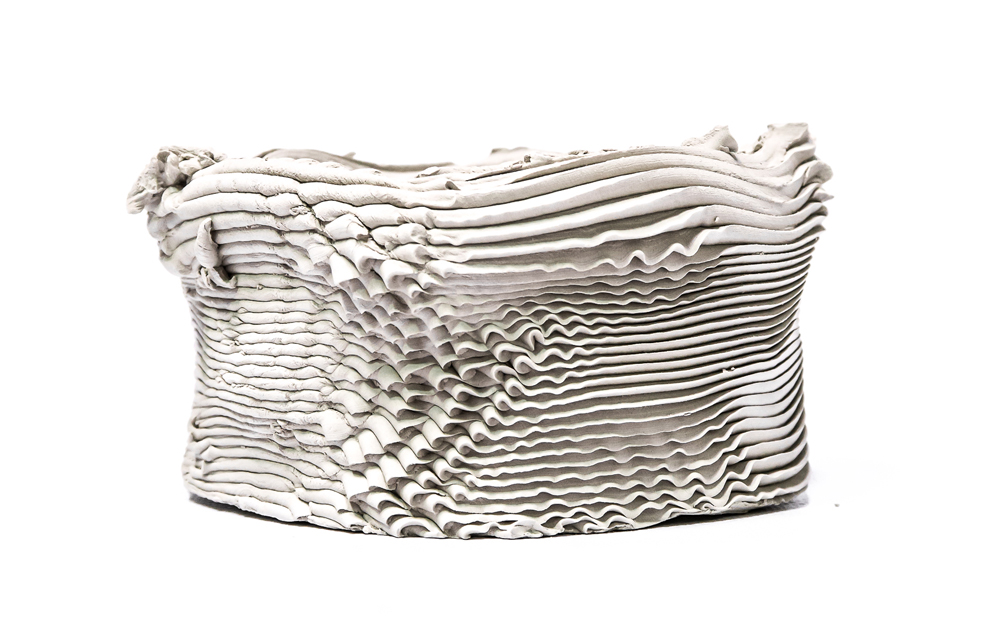 The exhibited ceramic bodies were produced by an industrial 6-axis robotic arm, fed by customized algorithms and equipped with a bespoke end-effector for the deposition of clay and other paste-like materials. 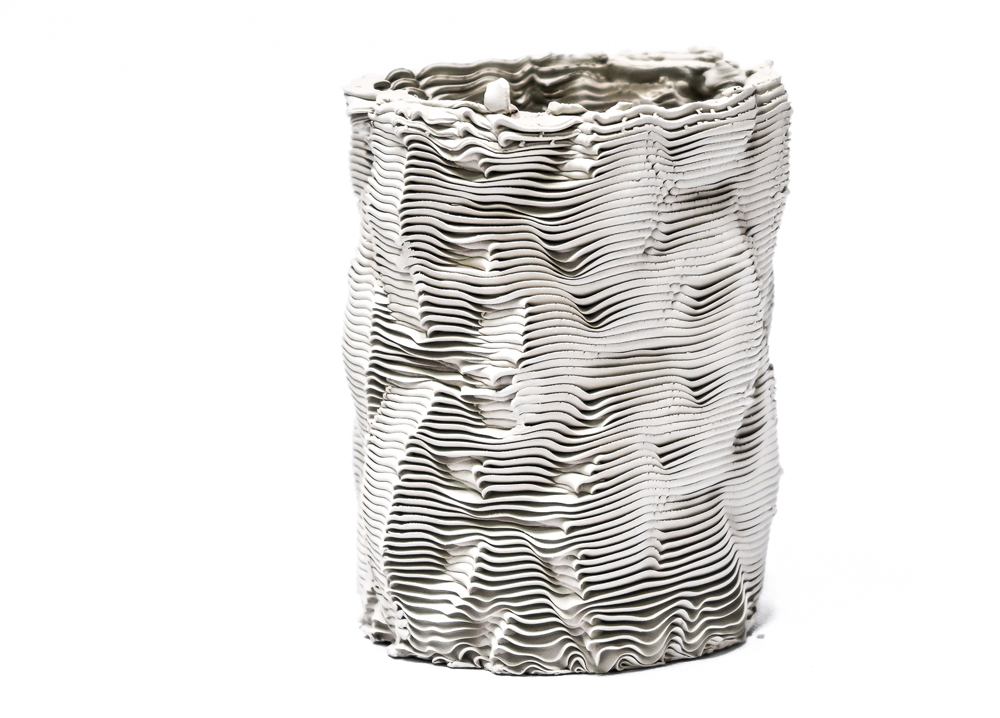