Experiments of an artist

Sanver Özgüven, a ceramic artist and assistant professor in Turkey, recently completed his Ceramics PhD at Hacettepe University Fine Art Institute. In 2015 he was awarded at the Dumlupinar Ceramic Competition ‘Keramika’ and in 2016 at the 5th International Young Ceramists Tile Competition he received the Filo Incentive Award. He gives lectures and demonstrations at different Universities in Turkey and the United Kingdom. And participated in numerous exhibitions as well as a solo Ceramic Exhibition called “Times and Words”  in Lithuana, 2016 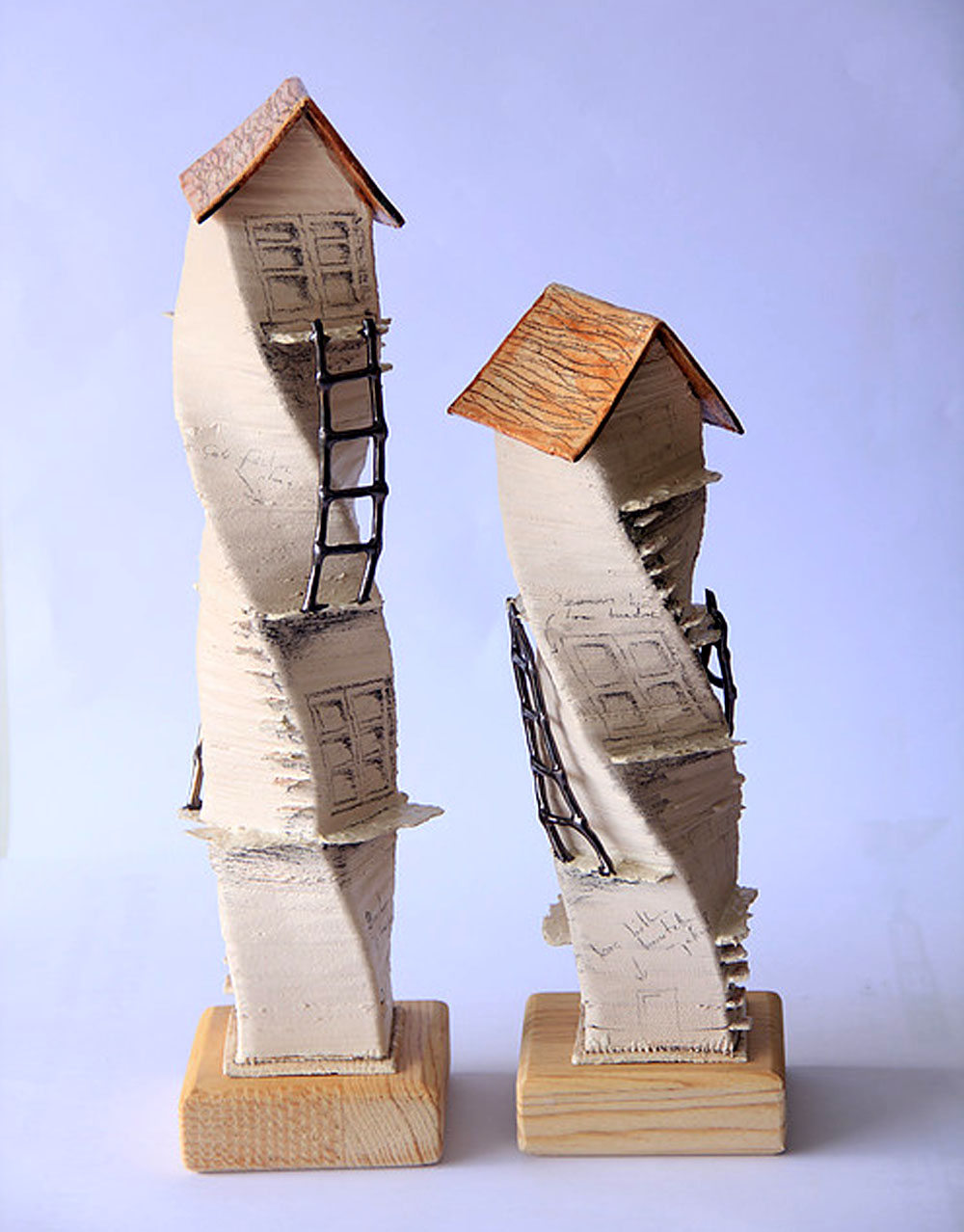 Since 2015 Sanver has been experimenting with the 3d printing of ceramics on a JK Delta Ceramic Printer. After the first test prints he soon started combining 3D prints with handwork like you can see in the ‘Nautilus Houses’. 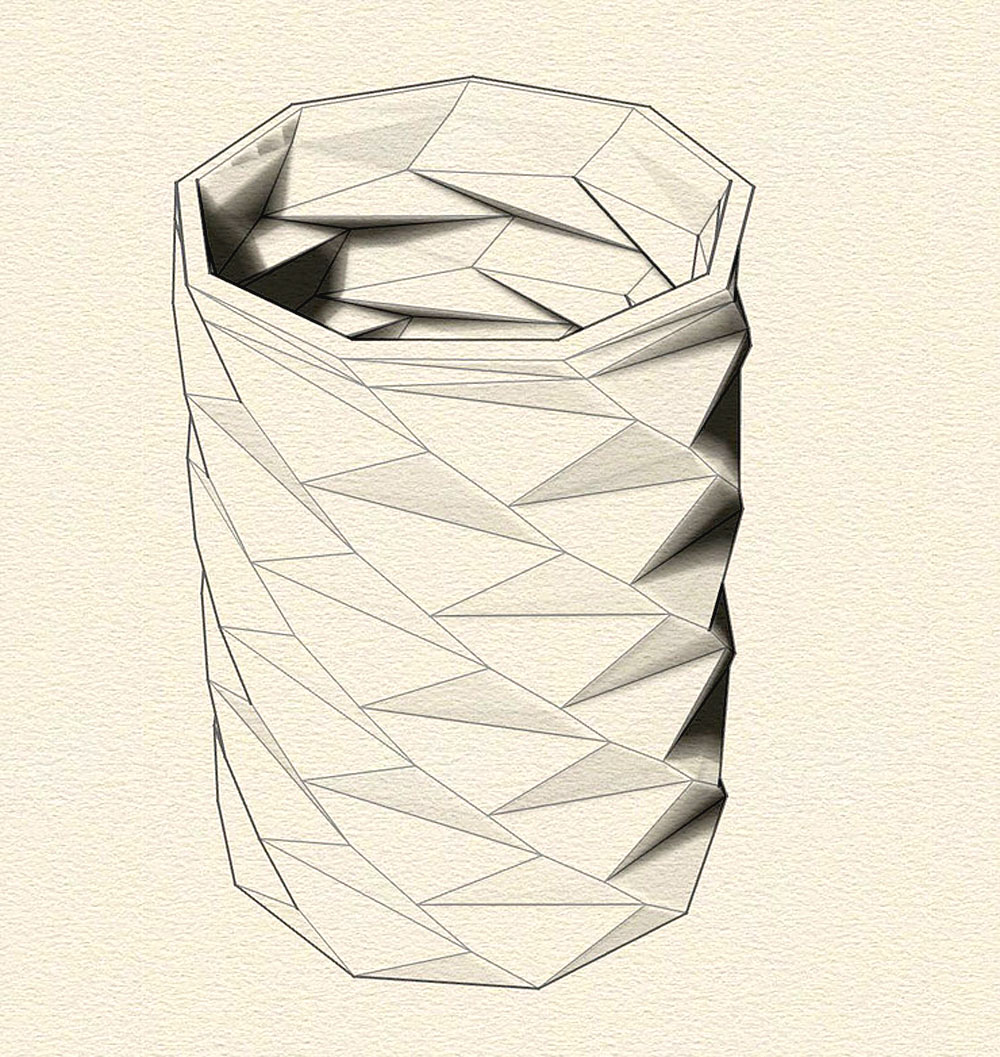 His designs are made by using Rhino and Meshmixer and the green cups have been glazed afterwards. 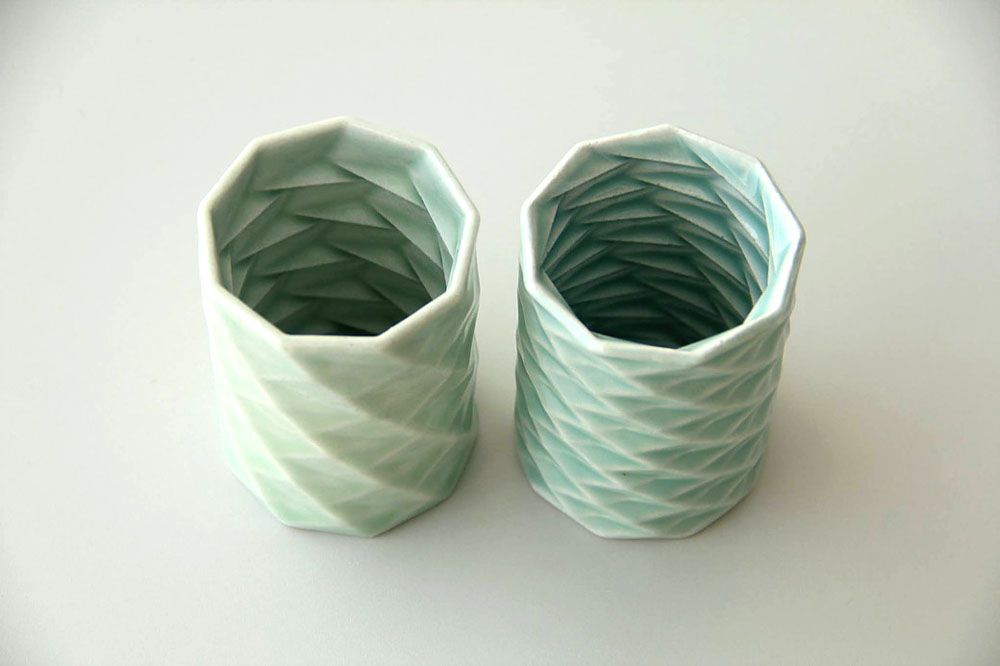 The latest collection, called ‘Polyvase Series’ is printed with colored porcelain. To color the porcelain clay he uses different amounts of stains between 2% and 7%. 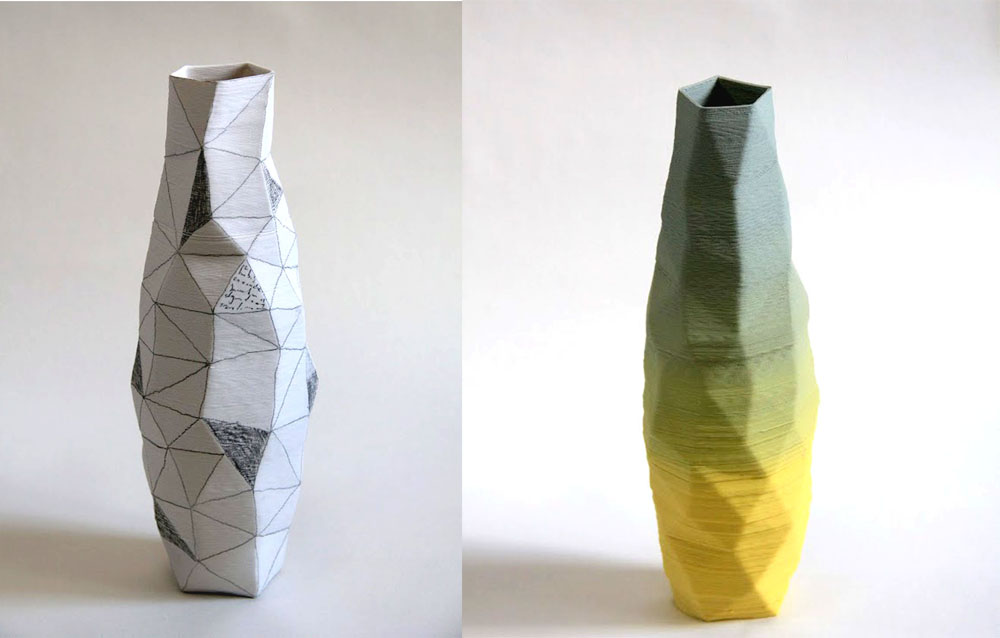 Theshort video below shows the creation of his latest Series

The steps shown in the video give a lot of insight to the design process used.
Starting with Rhino to draw half the contour of the vase, this line is then revolved around a central axis to create a solid tubular form. The base geometry of the vase. This design is exported as STL and imported in Meshmixer, a direct Mesh manipulator program from Autodesk. In Meshmixer you can manipulate the triangles of the STL file. By lowering the mesh count the program calculates a new (lower resolution) shape. Finally this shape is exported to Cura, the well known slicer from Ultimaker. After giving the correct parameters like layer height, nozzle width and print speed, the file is finally send to the printer.

UNFOLD: Artefacts of a New History

Innovative design studio Nervous System, which our readers may remember from its stunning 3D printed kinematics dresses, has recently ventured into the realm of 3D printed ceramics by experimenting with Tethon 3D’s new material called Porcelite. In a blog post about the process of 3D printing with porcelain, Jessica Rozencrantz, one of Nervous System’s founders, outlines the […]