Erno Langenberg is an architect, researcher and educator based in Amsterdam. He is the founder of the architecture office ELstudio and is currently a researcher in digital fabrication at the Amsterdam University of Applied Sciences. He holds a Master of Science in Architecture from the Delft Technical University and studied at the Aarhus School of Architecture in Denmark.

The Column is a result of a research project into 3D printing with plastic clay, conducted at the European Ceramic Work Centre in the Netherlands (EKWC) and at Cove Park in Scotland, during 2016. The result was shown at The ninth Gyeonggi International Ceramic Biennale (GICB2017) which run from April 22 to May 28, 2017, in Gyeonggi Province, Korea. 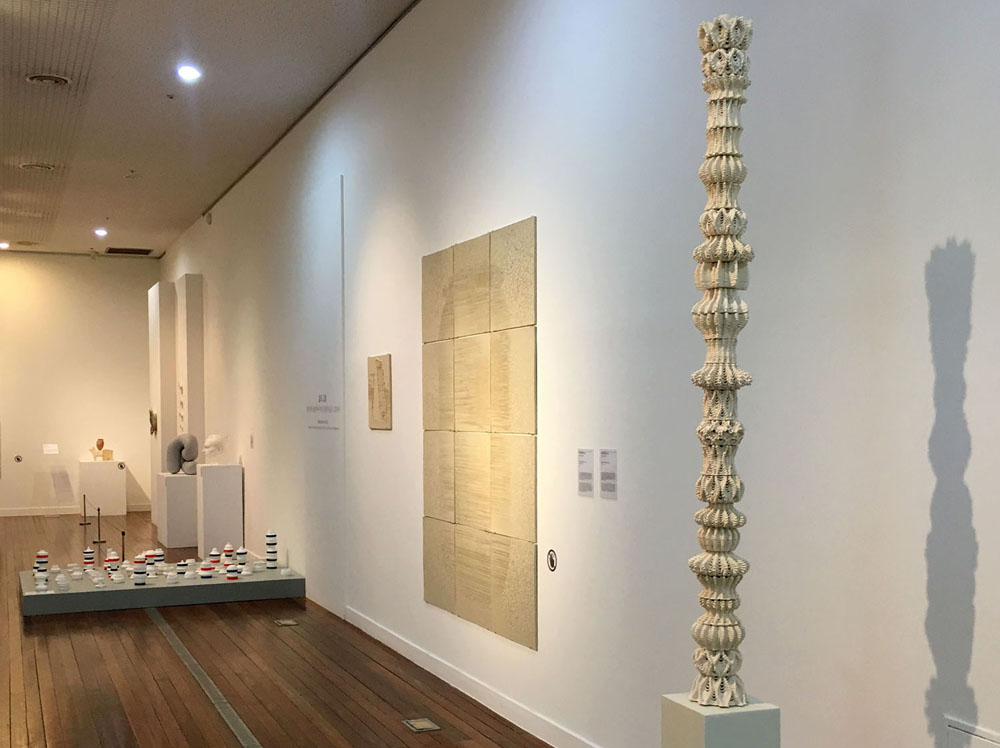 The main goal of this research was to explore the interrelation between the technique and the formal expression, what Erno calls: digital craftsmanship. Thus, while designing and producing this piece he paid special attention to both the technical and the aesthetics aspects of the process. The process of 3D printing is relatively new, compared to the centuries-old traditions in ceramics. The coupling of this emerging technology and techniques with such a traditional material, with such a large historical legacy, is a field with immense potential not yet fully explored. 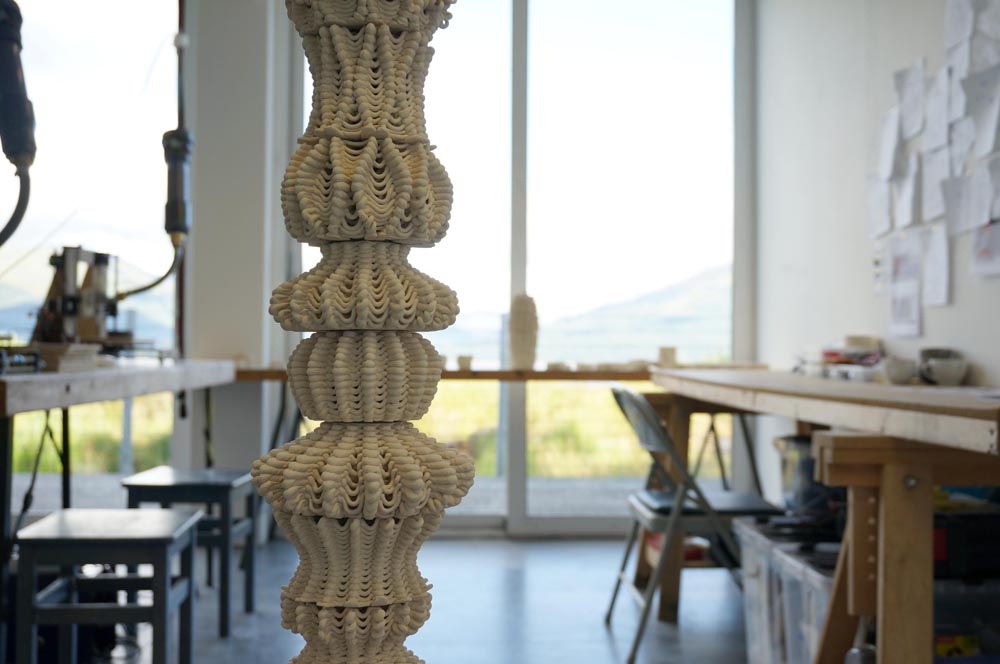 The 3D printing process could be explained as a digitally controlled precise coiling of clay in three-dimensions. In traditional ceramics, this technique is normally done by hand. The use of the 3D printer made it possible to create a loose structure of clay and produce intricate and refined porous elements. Furthermore, since the movement of the print head is digitally controlled by a parametric design, infinite variations of the same shape can be printed (basically one computer script generated all the pieces of the column).

To show the possibilities, He stacked the 26 different elements in the shape of a column. All column elements are different variations of the same underlying computer script. The individual shapes are the result of the interplay between the computer script, the printing process and the material clay. As a whole, Erno  believes this process creates a new form of expression. 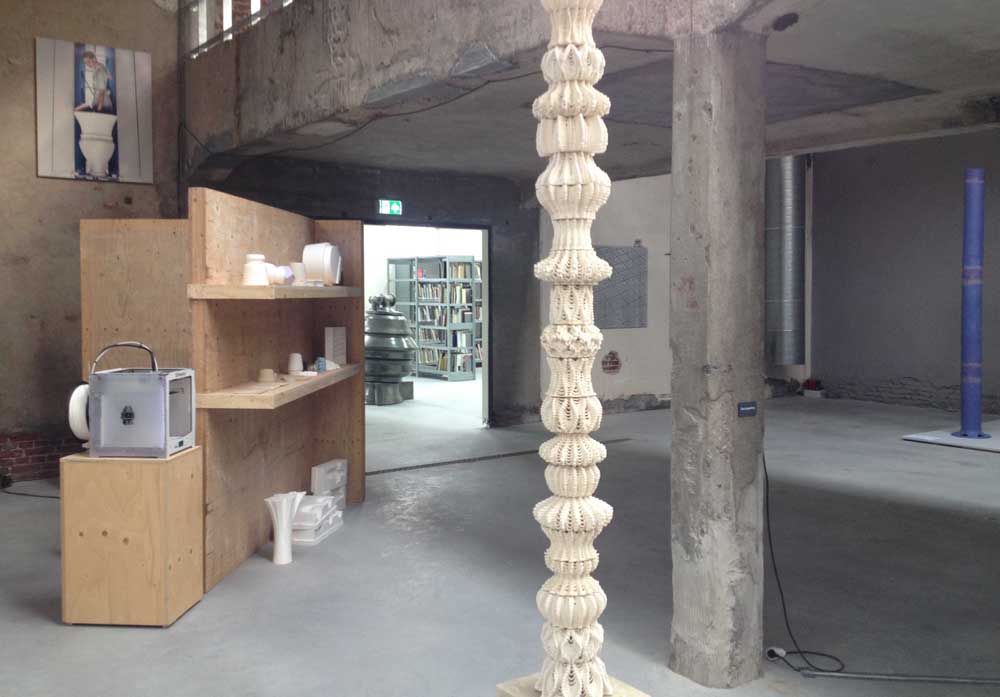 The 3d printer used is a transformed Prusa printer fitted with a self-designed clay extruder consisting of a pressurized clay reservoir and auger extruder. After printing, the elements were directly fired, without post processing.

Editorial: Anatoly Berezkin from the recently found Stoneflower3d clay printer company is delighted to present his ceramics 3d printing kit. The kit will be available at kickstarter soon. It consists of a piston driven Cartridge connected to the Auger operated Extruder by tube. It can handle a slightly diluted clay and a wide variety of […]

Thinking like a traditional potter I coded a point in virtual space to spiral and as it grows into the pot shape a three dimensional computer mesh is created linking the points. The surface of the mesh is progressively textured by adding digital sound recording to the growing form. The surface, from base to rim […]