How can we use ceramic printing as a shaping method in ceramic art?

Emre CAN, born 1984 in Bozüyük (Turkey) has been intested in ceramics since 2002. He completed his undergraduate education at Afyon Kocatepe University, Ceramics Department in 2007. In 2008, he started his post graduate education at the same university and graduated from the Institute of Social Sciences in 2012 after which he started working as a research assistant at Abant İzzet Baysal University, Ceramics Department.

He started his proficiency in art training at Anadolu University, Institute of Fine Arts in 2013 and is currently a Research Assistant at its Ceramic Department, in Eskişehir Turkey. Emre is doing research for his doctoral thesis with the subject ” How can we use ceramic printing as a shaping method in ceramic art.”

Thanks to the Anadolu University Scientific Research Projects Emre has been able to do research in Belgium Antwerp at the Unfold Studio and in the USA Omaha at Tethon 3D. This is where he took his first steps in 3D clay printing. 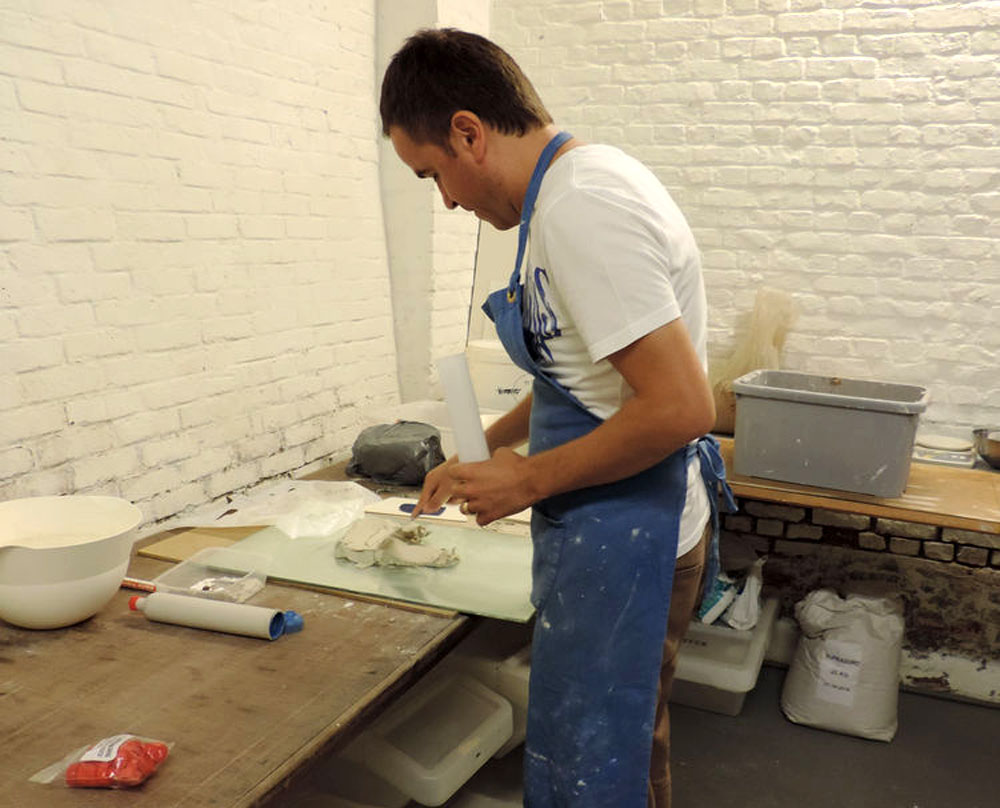 He has come a long way since then and his work is inspired by three things. Firstly, the Seljuk star, ( two 45 degree, superimposed squares which is part of the traditional motifs used in Turkey) and  is often a start point for optical effects. Secondly the recent war and thirdly living in the Middle East. These elements combined portray the sculptures he makes. 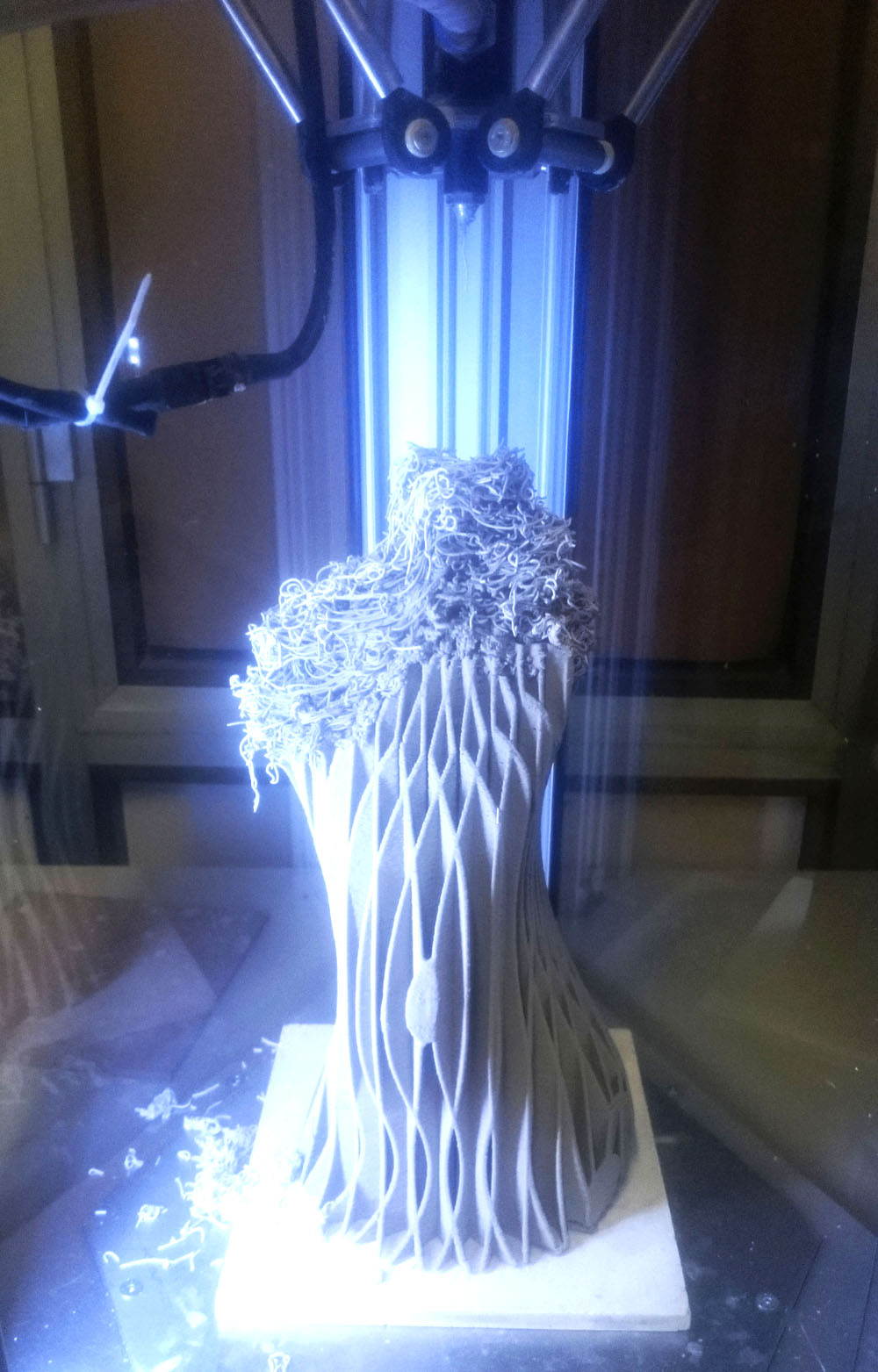 making of a Seljuk Star based sculpture

Unigraphics NX is used to make 3D models on the computer. Cura is used for layering. A Delta Wasp 3D printer is used to print the objects. 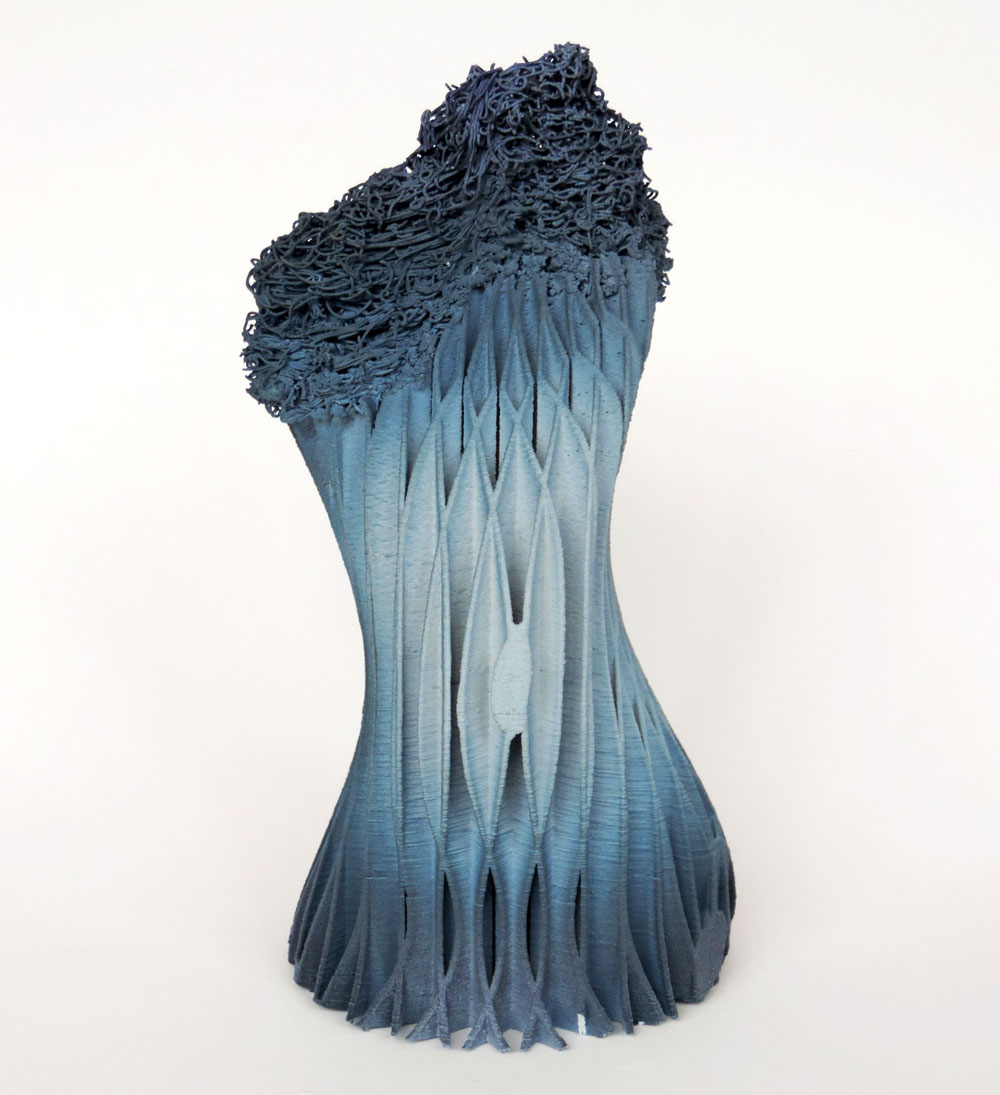 after retouching, firing and glazing 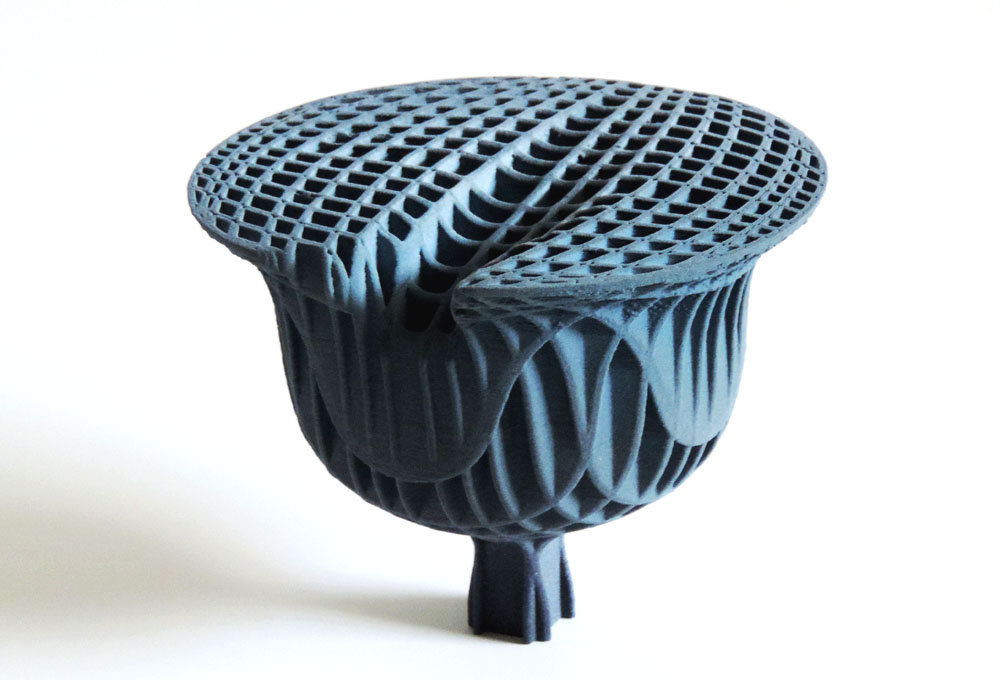 ” You know making models with 3D printing usually results in mechanical shapes. I am researching ” how we can make artistic and organic forms with a 3d Printer.” Emre says. 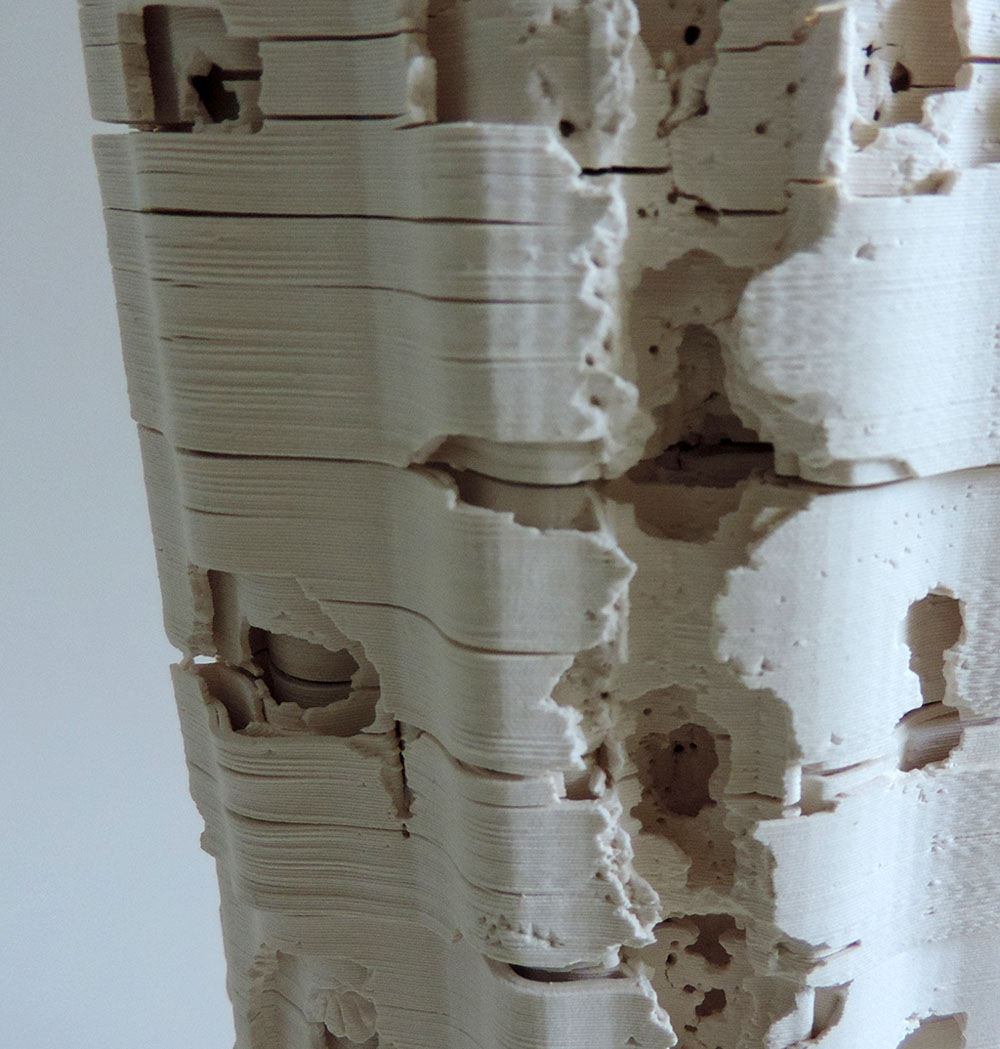 ” Sometimes I make modifications, like Shatter, by hand after the shape was printed by the machine. These Shatters give me the feeling of an artistic touch.”

” So when I touch the objects, the 3D printer turns into a tool for me. The tool I use to shape ceramic forms.” 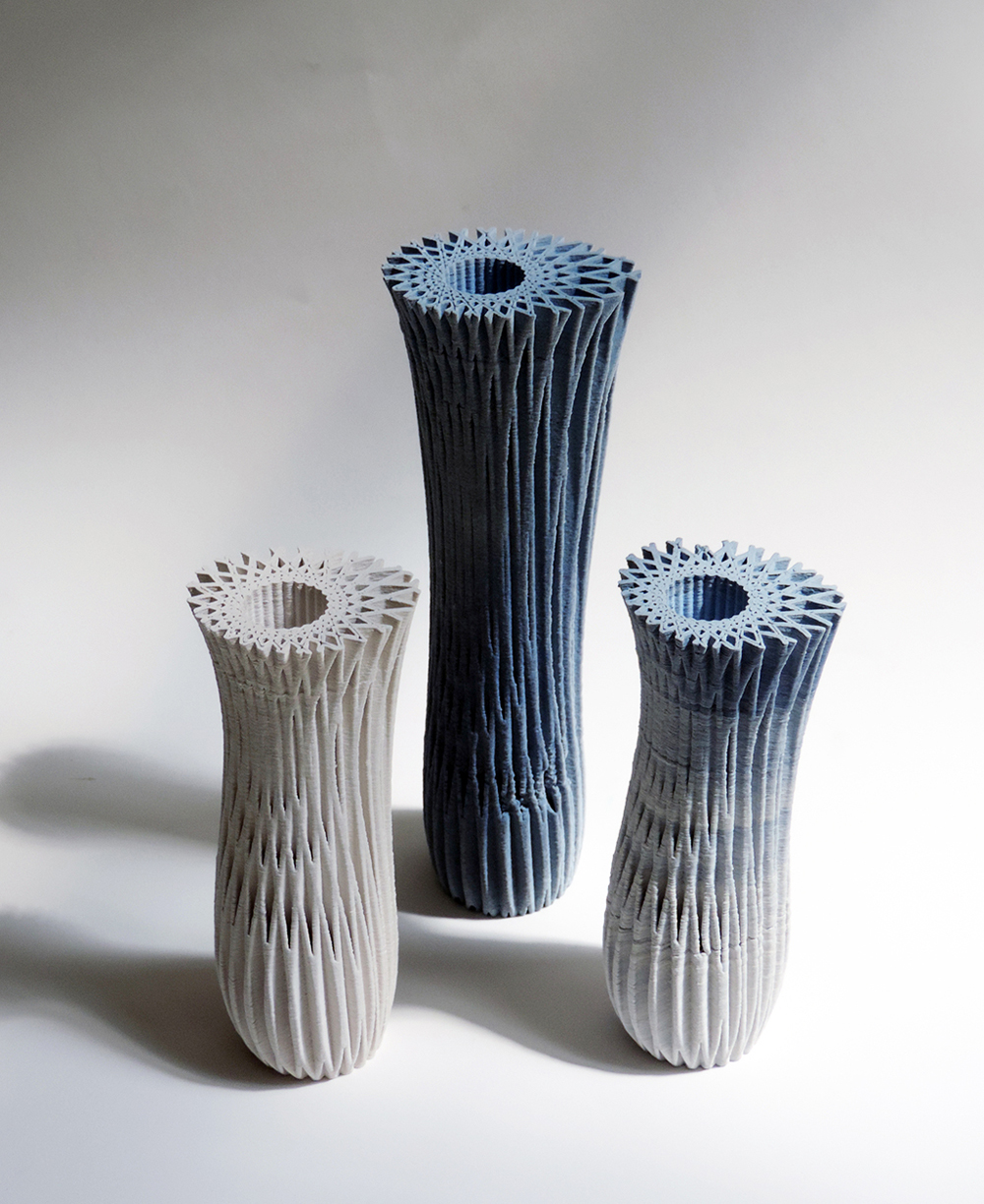 author: Yao van den Heerik original source: RenJie Huang and HanYuan Tsao, architchen.com Using Parametric design and 3D clay printing for functional ceramics Architchen studio was founded in Taiwan at the end of 2015 by RenJie Huang and HanYuan Tsao. They are enthusiastic in new technologys and making. Their intention is to look for the esthetics […]

Author: Marlieke Wijnakker A different approach to 3D Printing Dutch designer, Daniël de Bruin worked with 3D printers for quite some time, but there was one thing bothering him. The results of the printer didn’t feel like personal achievements anymore. They were products of this new technology. A machine did all the work. He therefor […]

by Bryan Czibesz: Both the potter’s wheel and ceramics 3D printer function as fresh tools of invention, bringing undiscovered opportunities for the material. For Czibesz and Spangler, their tools become an extension of themselves. Czibesz fabricates and customizes his 3D printer, instructing the machine how to mold the clay with digital scans, designs and alterations. Spangler […]