WASP, the Italian 3D printing company behind the large-scale BigDelta 3D printer, will present the DeltaWASP 3MT 3D printer at the Argillà International Ceramics Festival in Faenza, Italy. The new 3-meter-tall 3D printer can produce sculptures up to one meter tall.

The last few years the Italian 3D printing company WASP produced its eco-friendly, large-scale 3D printers, including the 12-meter-tall BigDelta, currently 3D printing a mud-and-straw-based eco village at the Shamballa Technological Park in Massa Lombarda, Italy.
This weekend, the company will be introducing its latest machine at the Argillà International Ceramics Festival, introducing a new extruder and a clay mixture specially formulated for large 3D printing.

WASP believes that 3D printing is causing a revolution in ceramics, with the digital approach helping designers to have more control over the geometry of their creations. According to WASP CEO Massimo Moretti: “The arrival of the pottery wheel was a significant moment in the history of ceramics and opened up new possibilities of expressiveness and performance,Today 3D Printing is the new revolution.”

After introducing a consumer-level clay 3D printer at the last Argillà event two years ago, WASP is now presenting a big printer with an extrusion system capable of holding 15 kg of clay. The 3MT uses has a 7 mm nozzle diameter for large clay objects. .

“We are interested in Ceramic experimentation to open a window in Sculpture and Contemporary Ceramic,” Moretti said of the 3MT’s artistic potential. “We are very proud of our results. Obviously, it’s the first step of the research process and we will improve the research during the next months.” 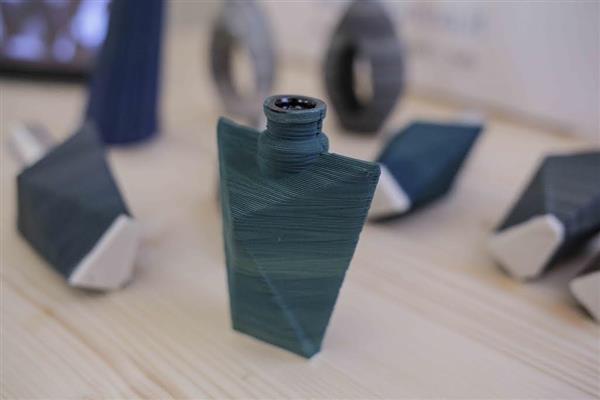 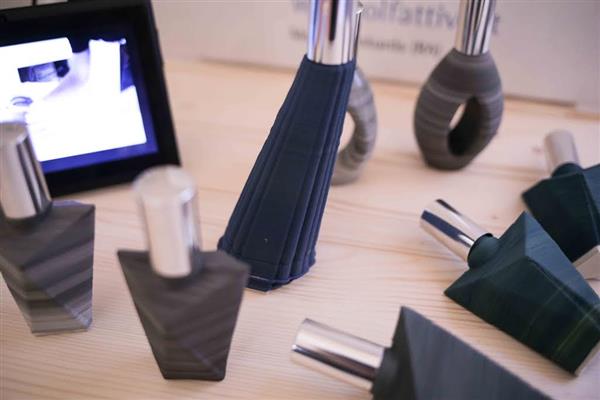 WASP has also taken part in some collaborative projects with other Argillà participants. A good example is the collaboration with botanical perfume company Olfattiva to create 3D printed porcelain bottle holding a limited edition fragrance  The bottle was printed on a DeltaWASP 2040.

Thinking like a traditional potter I coded a point in virtual space to spiral and as it grows into the pot shape a three dimensional computer mesh is created linking the points. The surface of the mesh is progressively textured by adding digital sound recording to the growing form. The surface, from base to rim […]

Innovative design studio Nervous System, which our readers may remember from its stunning 3D printed kinematics dresses, has recently ventured into the realm of 3D printed ceramics by experimenting with Tethon 3D’s new material called Porcelite. In a blog post about the process of 3D printing with porcelain, Jessica Rozencrantz, one of Nervous System’s founders, outlines the […]