items are for sale at thebiscuitfactory.com

Joan and Jack Hardie live and work in Cumbria, UK, at the edge of the Lake District National Park. Joan and Jack have been creating pots for over 40 years. In 2014 they experimented with printing clay using a 3D printer; this made it possible to create ceramic forms not achievable by other means. There were no commercial 3D printers originally available to work in this way, so Joan and Jack built their own. They combine art, craft and technology within their practice, opening up possibilities that are fascinating to explore. Their pots usually begin with an idea inspired by natural forms. The idea has to be captured and developed as a digital design which is practical to print in wet clay. 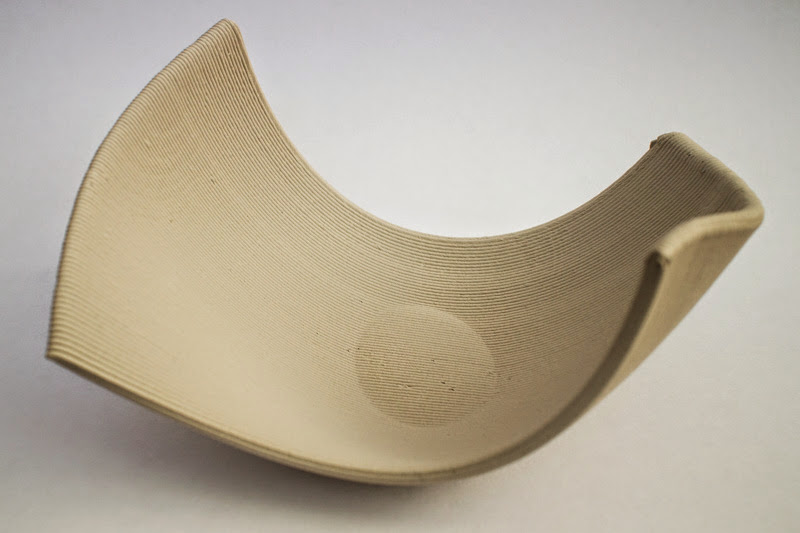 Source: 3ders.org written by: Alec Though 3D printing in plastic is entering homes, garages and workshops throughout the world, ceramic 3D printing is something you rarely see at those levels. And that is exactly why the work of Dutch design duo Yao and Marlieke of Vormvrij 3D has been so groundbreaking. Earlier this year, they released the […]

Harder Than It Looks : Reflections on Two Years of Clay Printer Design

By: Tom Lauerman All we wanted to do was substitute one material in the 3d printing process for another. A simple exchange of clay in the place of plastic. The hardest work had already been done. Extrusion printing in plastic originated in 1988 and open source plastic 3D printers emerged in the late 2000’s. In […]